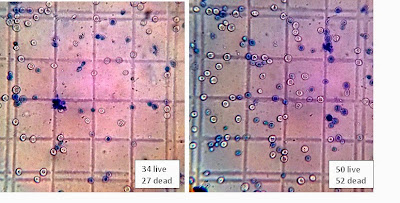 
The yeast analyzed here has been "harvested" several times and was shipped during hot weather.

Viability is very low (This may have been due to heat exposure during shipping.)


Cell Density is low.  This is usual considering that there is very little non-yeast content.    The light packing may be characteristic of the strain or may be caused by the harvesting method.


No pseudohyphae.  (Lack of pseudohyphae, as is the case here, indicates that the yeast was not grown in a stressful environment.)


No noticeable flocculation.  (This is very unusual.  It could be a characteristic of this strain or it may have something to do with harvesting methods used for the slurry.  It also may explain the low cell density.)

Posted by Unknown at 1:04 PM No comments: 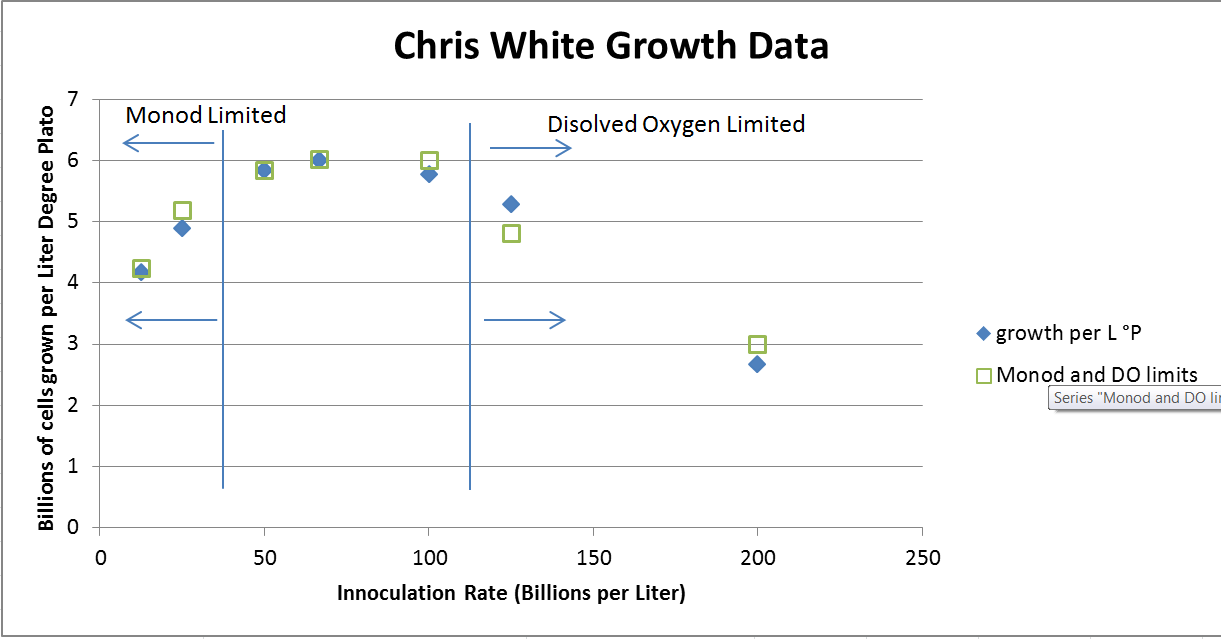 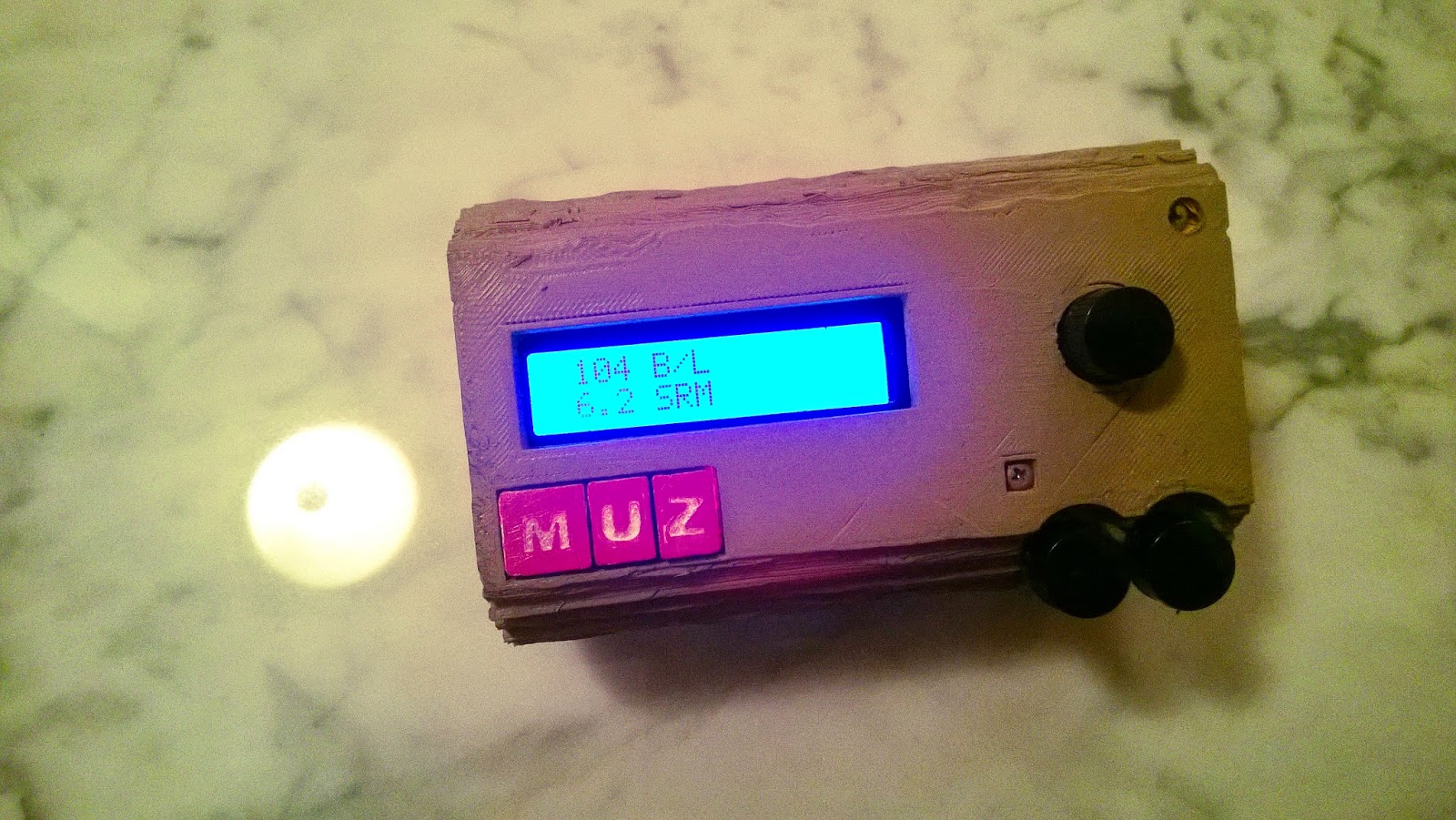 When the Cell Density Meter is released we want to make sure we have worked out all the bugs, smoothed all the wrinkles, and that it works seamlessly.  Our goal is straight forward operation with complex algorithms underneath to provide accurate measurements in the strenuous brewing environment.

At this point we have several working algorithms and are evaluating how they can best be implemented.  The enclosure is in its final stages of fit checks and adjustments.

To put the Cell Density Meter though it's paces I conducted a comparative study of starter growth with and without a stir plate.  In summary the yield is about the same, but the cell growth is much faster with a stir plate.  Download the full report below.

Agitation Effects on Growth Rate and Yield of Brewer’s Yeast
Posted by Unknown at 5:42 AM 14 comments: 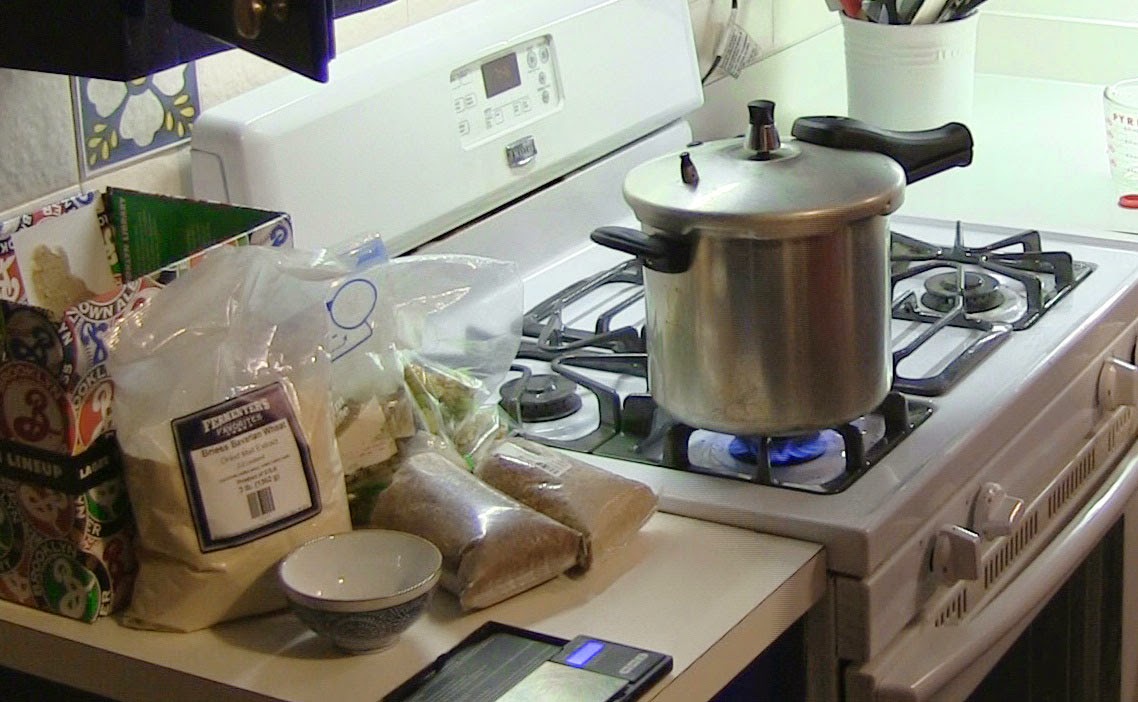 In case you wanted to isomerize alpha acids six times faster here is how to do it.  The full article is on Home Brew Talk here:
http://www.homebrewtalk.com/bittering-hops-in-15-minutes.html
Posted by Unknown at 6:48 PM 18 comments: