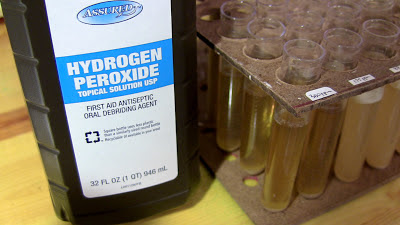 Yeast require oxygen in order to synthesize compounds during growth.  The lack of oxygen will therefore become evident if the yeast are put in conditions that with adequate oxygen would produce large amounts of growth.  In order to highlight the use of oxygen in these tests a high gravity wort will be used and drastically under pitched.  If the free oxygen in hydrogen peroxide can be utilized by the yeast then this should make it evident.

The hydrogen peroxide solution at the pharmacy here is 3%.  For each molecule of 2(HO) there is one Oxygen molecule that can disassociate.  It takes two of them to make oxygen gas.  With some molar math this means that the solution available at the drug store is equivalent to a 7000ppm O2 solution.

All tubes will be inoculated with a 21°P wort and 1 million cells per ml.  (under pitching by a factor of twenty in a very high gravity wort.)

All tubes will be done in triplicate. 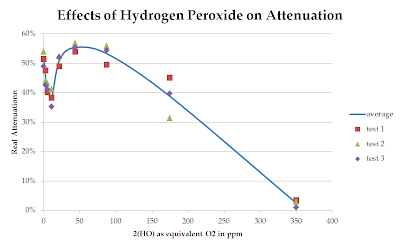 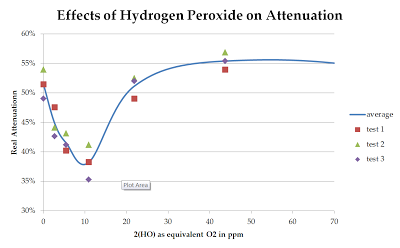 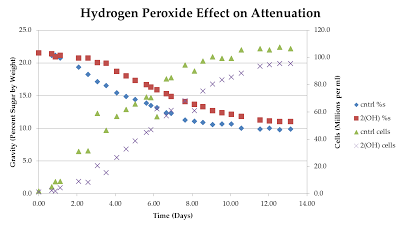