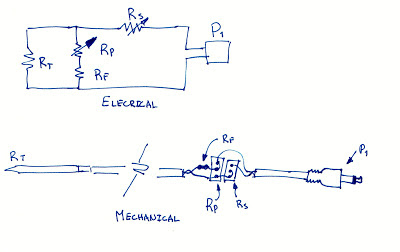 This circuit might work for you as well, but there are no guarantees.

The easiest way to figure this out may be to plot the effects of different resistors in Excel, however you can calculate the values if you would prefer.

With these data points an exponential fit can be derived.

From this fitting equation the required resistance can be calculated for the temperatures that were displayed by the meter.  We can calculate the resistance needed to display 32 degrees.  This is 315k ohms.  the parallel resistance in order to make 326k ohms into 315k ohms is 9.33 mega ohms.  The same type of calculation can be done for Rs.  Note that the circuit would be slightly different if correction in the other direction was needed.