Starter Calculators Under a Microscope. 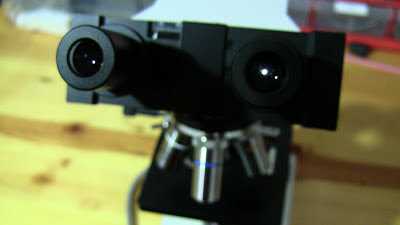 Quite a bit of work, especially recently it seems, has gone into ensuing that the correct amount of yeast is pitched to start fermentation.  As a result, there are several calculator available for recommending how to build up the number of yeast cells required for optimal pitching rates.  Considering the amount of work put into these calculators, the quality of their data sources, and scientific reasoning that has gone into their development, I expect that they are pretty accurate.

However, I would like to put the starter calculators to the test.

This proposed experiment will take two real world examples of yeast starters that would be typically produced for a five gallon batch of beer.  Two different strains of yeast will be used, and each test case will be duplicated as an indication of test repeatability.  Thereby making eight test cases.  The size of the starter will be scaled down to make the test processes more manageable.

Typically, a starter is created by adding a vial or pack of 100 billion cells to a 1.035 wort.  The volume of the wort is used as the variable to control the number of cells produced.

The recommendations from three popular calculators are summarized here:

The starters will be shaken for 40 seconds immediately following the pitching of the yeast to ensure adequate aeration and yeast suspension.  The starters will be inverted every 12 hours to suspend the yeast.  They will be allowed to ferment for 48 hours at ambient room temperature of approximately 68 degrees.  After 48 hours the contains will be agitated to suspend the yeast and the cells will be counted on a hemocytometer.